We were dropped off at what seemed to be the beginning of an easy walk, albeit uphill. Little did we know what was in store for us. We were ably guided by Malidin, who surprised us somewhat when he pulled out a machete. This was to be the guiding force in cutting our path through the extremely dense jungle of Sabah. I think this was the beginning of some doubt in some people's mind as to whether they would cope with the overgrown conditions, and the path that we were to undertake. Although I was determined to start and finish the whole hike to appreciate the intense and harsh conditions faced by the Australian and British POWs during World War 2.

Although we improved our understanding of the conditions faced by the POWs, we were walking with a full stomach, many litres of water and shoes on our feet - a positive that was not afforded to the POWs.

Walking along the track we were faced with treacherous slippery mud - due to the significant down-pour the day before. Up and down slopes, this proved to be extremely difficult. There was considerable suction in the mud, but this did not stop people from constantly slipping over and onto rocks. Often there were steep slopes to our left, falling away to the river through spiked undergrowth. Thus when we occasionally had a path of less than 30 cms, wide, considerable concentration was required. We crossed many difficult obstacles that we overcame with teamwork. These included bridges that consisted of 2 lengths of bamboo, a swinging bridge, steep mud slopes in which many could not get a stable grip, fast flowing rivers with rocky rapids and an enormous number of barbed palms.

For many the first hour was consumed with concern for the leeches, of which there were many. However after that everyone's main concern became finishing without significant injury. This mindset was not different to the POWs who kept on going, purely by their mental attitude and of going home. It is known that they knew the war was coming to a close because they had access to a radio, for which they had been severely beaten.

Upon completion of the hike, we moved on to the Private Alan Quailey Memorial, where the group had a sense of achievement, we had finished a very small portion of the track. This was the location of his murder. Private Allan Quailey, from NSW, served with the 2/30 Australian Infantry Battalion. He was on the first Death March, in January 1945. In February, he had lost the will to go on with the trek, he left the group and moved to sit against a tree, at that point the Japanese wantonly murdered him by bayonet. This young man from Redfern in Sydney, was a tough man, but even the toughest found it too hard to maintain the will.

We found the whole trek difficult going in humid and oppressive conditions. However we had support, the POWs did not. We learnt a lot, such as the human will to survive is paramount and teamwork is a must. This is why POWs only survived if they had a "mate".

Lynne- Sent from my iPad

Posted by LawleySHS at 23:30 No comments:

MALAYSIA - Bunny Glover, a survivor of the Death Marches 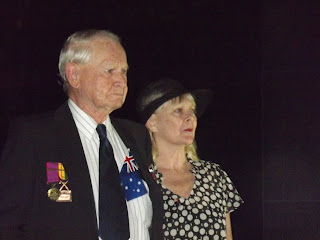 Posted by LawleySHS at 23:26 No comments:

MALAYSIA - this is why we are all here today 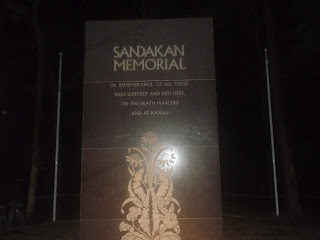 Posted by LawleySHS at 23:25 No comments:

MALAYSIA - we got through 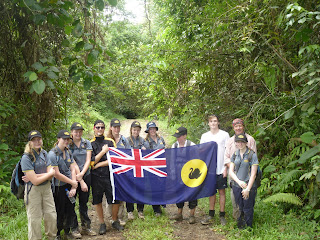 Posted by LawleySHS at 23:24 No comments:

MALAYSIA - not sure if the shoes will come back with me.. 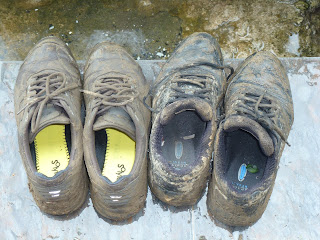 Posted by LawleySHS at 23:23 No comments: 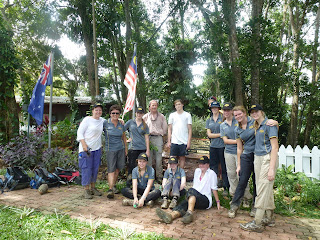 Posted by LawleySHS at 23:22 No comments: 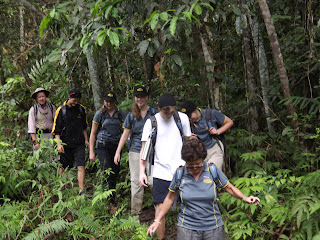 Posted by LawleySHS at 23:21 No comments: